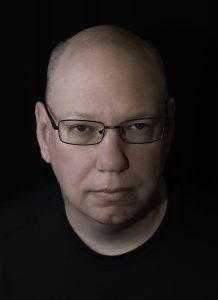 (born 1 October 1964) is a Canadian writer, IT professional and former Canadian Army officer.

Born in Iserlohn, Germany to Canadian parents, Perrin grew up in Hemer, Germany, Kingston, ON, Canada, McMasterville, QC, Canada, Bromley, Kent, England, and Ottawa, ON, Canada. Perrin served in the Canadian Corps of Electrical and Mechanical Engineers (LORE, then LEME, then RCEME), in the Canadian Army, retiring after 10 years service as a Captain. He attended Royal Roads Military College in Victoria, BC, Canada (1983-1985), then Royal Military College of Canada, Kingston, ON, Canada (1985–1987). He holds a Bachelor of Science in Mathematics & Physics from the Royal Military College of Canada, graduating in 1987.

Perrin acted as an advisor for Margaret Weis on the final Star of the Guardians novel, Ghost Legion (in which he also appears as a character). Perrin and Weis later co-authored the Mag Force 7 novels.

Don Perrin (with Margaret Weis) wrote a series of novels in the Mag Force 7 series, with the first hitting the shelf in April 1995. He has also written or co-written several titles in the Dragonlance novel and game series as well. He has three successful collectible game designs to his credit with Star of the Guardians Collectible Trading Card Game, and Star Trek® Original Series Collectible Trading Card Game. Perrin has also designed role playing products for Imperium Games’s Traveller RPG Universe. Perrin is best known as a contributor to the Dragonlance novel series.

Perrin and Lester Smith designed the Sovereign Stone RPG (1998) based on the concept by Larry Elmore, who’s art inspired the setting. Perrin and Margaret Weis formed the company Sovereign Press to publish the RPG. On April 17, 2001, Perrin announced that Sovereign Press was replacing its original Sovereign Stone game system with a new d20-based line. To support the setting, Weis and Perrin wrote a short story called “Shadamehr and the Old Wives Tale” which appeared in Dragon #264 (October, 1999). In 2002 Wizards of the Coast agreed to licence the Dragonlance setting to Sovereign Press for RPG publication; Weis and Perrin, along with Jamie Chambers and Christopher Coyle, wrote the Dragonlance Campaign Setting (2003) for publication by Wizards of the Coast, after which Sovereign Press was allowed to expand and supplement that book using the d20 licence. In 2004, Perrin left Sovereign Press.

Don Perrin, Michael Cosentino and Kathryn Plamback (as Legio X) purchased the two US wargaming magazines, “The Courier” and “MWAN” and combined them into the “Historical Miniature Gamer Magazine” in 2005. This magazine won the Nonfiction Publication of the Year Award at the 32nd Annual Origins Awards. The magazine offered articles on wargaming/wargames (of widely varied periods), tips on painting, building hints, scenarios, reviews of wargaming books, rules, miniatures and a monthly column by Howard Whitehouse. The magazine was closed in 2008.

Perrin is working part-time for Cold Furnace Studios from Atlantic, Canada as the Producer on their debut game title, Atrocity: Field of Hands. The veteran-operated Cold Furnace Studios combines Perrin’s passions for gaming, working with veterans and software development.

Perrin started working in Information Technology during his years with the Canadian Army. He has a certification as a Project Management Professional (PMP) and a Certified Scrum Master (CSM). He worked in Canada for National Defence, the CGI Group and Software Kinetics. He left working in IT to develop his writing and game design career, but returned to project management in 2011. Since then, he has worked for:

Perrin was married to Margaret Weis, though they are now divorced. He is now married to Kathryn Plamback.

Perrin works as an Information Technology Project Manager and Scrum Master at Allegiant Airlines. He lives in Las Vegas, Nevada.